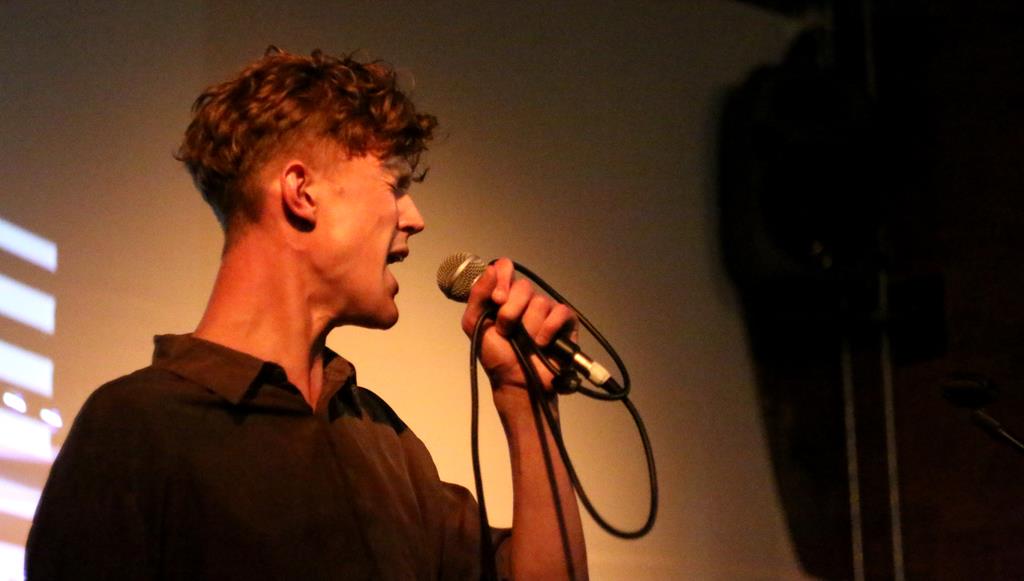 The photographs above and below were taken at W.H. Lung‘s debut performance, which took place at the International Anthony Burgess Foundation back in mid May. While the Foundation isn’t your normal gig venue – it doesn’t have a stage for one thing – it’s events room does make for a cozy, intimate space for a show.

I’d write something here about the various band members, but they’re keeping that information mysterious for the time being (Full disclosure: I work with one of the band members), so let’s focus on the music then – a psychedelic melange powered along in propulsive drumming, with David Byrne styling from the lead singer.

As far as I’m aware, the band don’t have any more gigs lined up as yet but do have a number of festival appearances coming up. If you get the chance, I would highly recommend seeing them perform.

For more photographs, please visit this Flickr gallery and if you’d like to hear what the band sound like, here are the two tracks they’ve released thus far.