Lanterns of the Terracotta Warriors 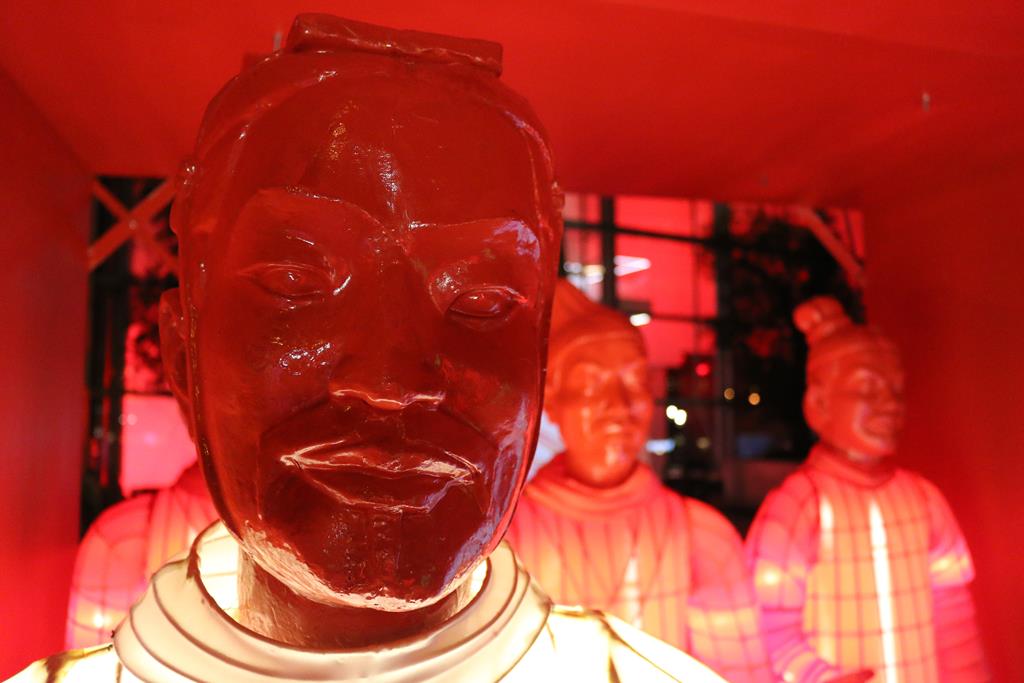 Originally created for the 2008 Beijing Olympics, the Lanterns of the Terracotta Warriors have been travelling the world ever since, landing in Manchester as part of this year’s Chinese New Year celebrations. Modelled on the clay army that guarded the first emperor of China, the group contained thirty-five fighters, a royal family, and two horses, occupying a small area outside Debenhams in Exchange Square.

Primarily red coloured, but with blue and white figures interspersed, after sunset their bodies came alight, glowing brightly in the night. While I would have expected a barrier around the figures, it was possible to walk in and amongst them, getting up close to admire the handiwork.

I found the warriors tricky to photograph, as the colours all glowed with different intensities. Also, the red-coloured heads did not allow light to shine through them, there was quite a contrast between bodies and heads. In the end, I focussed on photographing the heads in groupings of three and four, making use of the on-site lighting to capture them in detail. More of my photographs can be found here.

Categories: Events Tags: Chinese New Year, Exchange Square, The Lanters of the Terracotta Warriors, Year of the Rooster
BY garethhacking