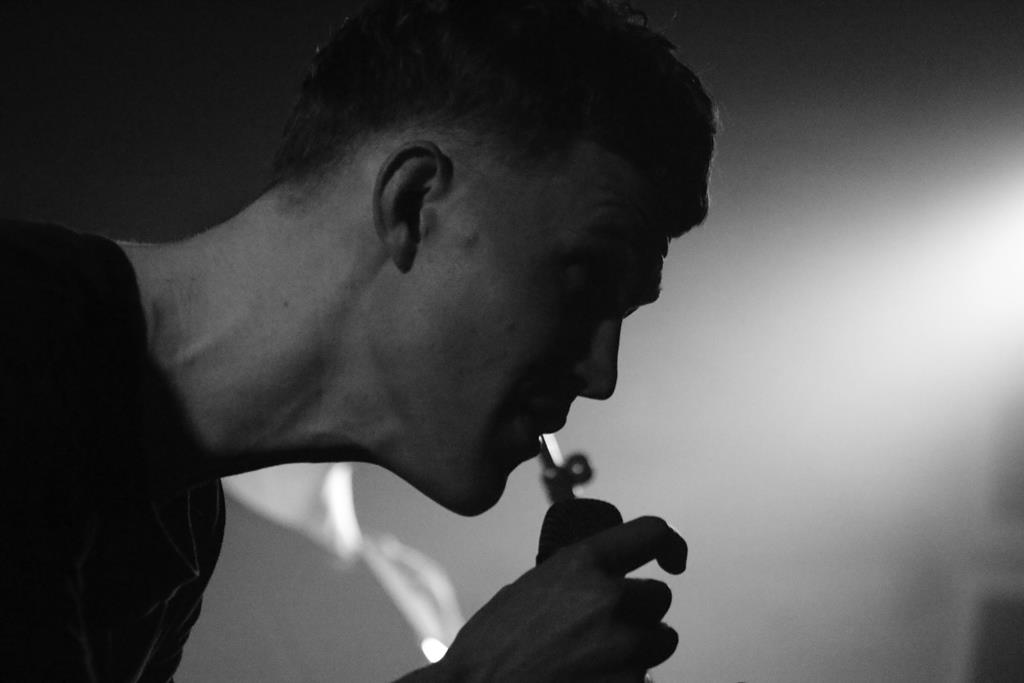 Above and below are a small selection of the photographs I took at W.H. Lung‘s Soup Kitchen gig back in December of last year.

I think it’s fair to say I am out of practice when it comes to gig photography  – the last time was same band’s debut show back in 2017 – but it’s always fun to get the lapsed muscle-memory working again.

On the night, I arrived at Soup Kitchen only a short time before bands stage time, making my way quickly to the left side of the stage and prepped my camera based on the darkness-shrouded stage. Despite it being a fair few years since I last visited, the basement venue seemed to have barely changed in the interim. Thankfully, a bright light illuminated the singer* when the band arrived onstage, which opened up the photographic possibilities.

Playing with my manual lens, I ended up taking over 500 photographs, as trying to capture shots featuring both a decent light balance along with being in focus proved tricky. I edited down the mass of images to the gallery viewable here on flickr.

* I’m unsure at the moment what the current state of play is for revealing information about the band. As far as I can find, there’s still no information online and I don’t want to be the one spoiling things.