The Museum of Broken Relationships 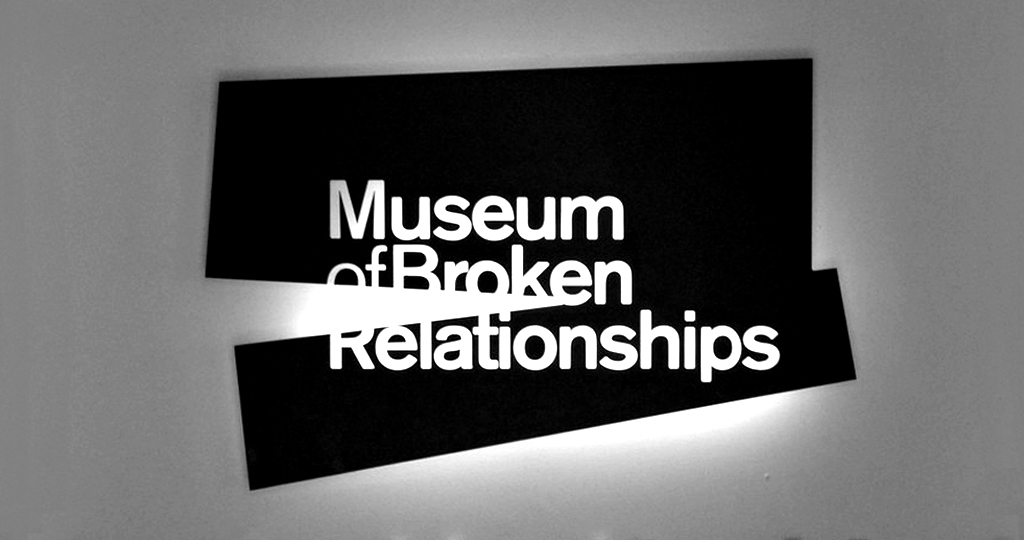 [I discovered most of the following in an old draft folder so decided to dig it out and finish it up, thinking I had photographs to accompany the text. Unfortunately, a root through my backup drives yielded no images, hence the lack of them here.]

A few years ago, while exploring Zagreb with an out-of-date guidebook, I was intrigued by new tourist signs directing the way to The Museum of Broken Relationships. Not knowing anything about it, I presumed it was museum dedicated to the break-up of Yugoslavia that had been given a clever title. But upon discovering the museum, I realised its name was meant literally.

A travelling international exhibition that’s found a home in Zagreb and, lately, Los Angeles, The Museum comprises of donated items, each of symbolic significance to its donator of the breakup of a past relationship. Accompanying each item is a text explaining the background and the reason for its donation. Some were funny. Some were sombre. All were short, to the point and written from the heart – short sentences encapsulating months, sometimes years of heartbreak. Of course, one person’s pain is another’s mirth, as evidenced by the couple of teenage girls walking around the exhibition giggling away.

The collection is divided into a number of sub sections highlighting before reasons for breaking-up, with such titles as

The exhibition space is surprisingly extensive, with a number of small rooms to explore. Entrance and exit is via the gift shop, which contains such lovely gifts as  and “Bad memories” erasers and “Turn over a new leaf” bookmarks