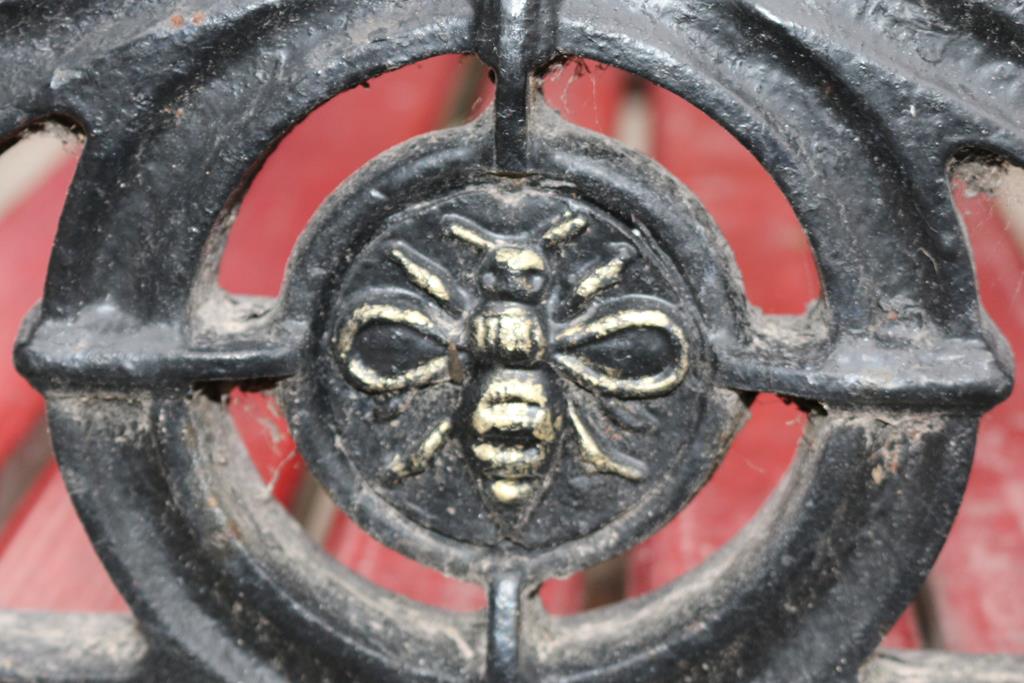 I started the Manchester Bees project back in June 2012, with the aim of answering one simple question:

“How many bees are there to find around Manchester City Centre?”

The above thought occurred when I found and photographed this bee design, located alongside the Rochdale canal. I was aware of the bollards, of course. Dotted all over Manchester City Centre, almost all of them bear the imprint of a bee. I was also aware of Manchester’s coat of arms, with its bees encircling the globe at its top. But how many Bees appear on and in Manchester’s buildings? I set up the original Manchester Bees website as a way of finding out.

It quickly became obvious that there were a great deal more than I had expected. From the Palace Hotel clock face bees, to the mosaic bees of Manchester Town Hall, to the Street Sweeper bees of Manchester Day. As the project developed and I kept finding more and more bees, I became interested in finding out how their history and how they’d become integrated into the fabric of the city and its people, which eventually lead to the creation of Manchesterbe.es.

I still don’t yet know the answer to my question, and I doubt I ever will. I keep finding new bees on a regular basis, gathering together hundreds of examples over the years. Hopefully I’ll be able to give a definitive example one day.