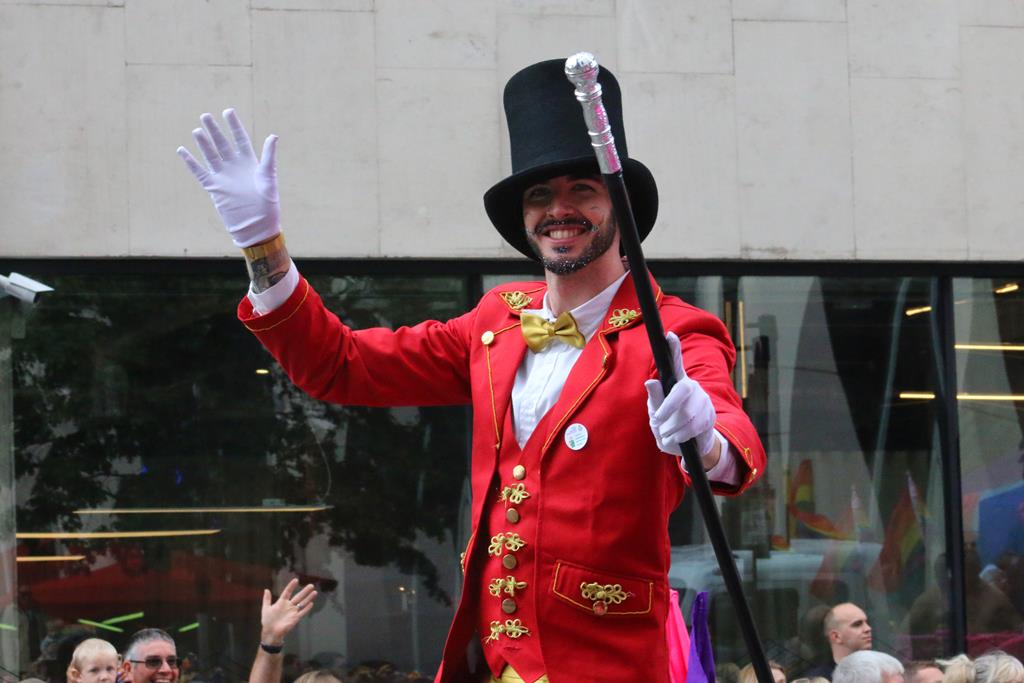 Above and below are a selection of photographs taken at this year’s Manchester Pride Parade. It’s been a few years since I lasted watched the parade, with a quick check revealing I hadn’t been to watch since 2014. To me, it felt that the parade has grown in length in the intervening years, with all greater number of organisations now taking part.

I think I documented the first half of the parade before having to leave my spot opposite Peter House on Oxford Street. With the tall buildings around that area, the lighting conditions were in constant flux, which led to a lot of messing around with settings and fixes in editing.

If you’re interested in seeing more photographs, you can find the full gallery here.