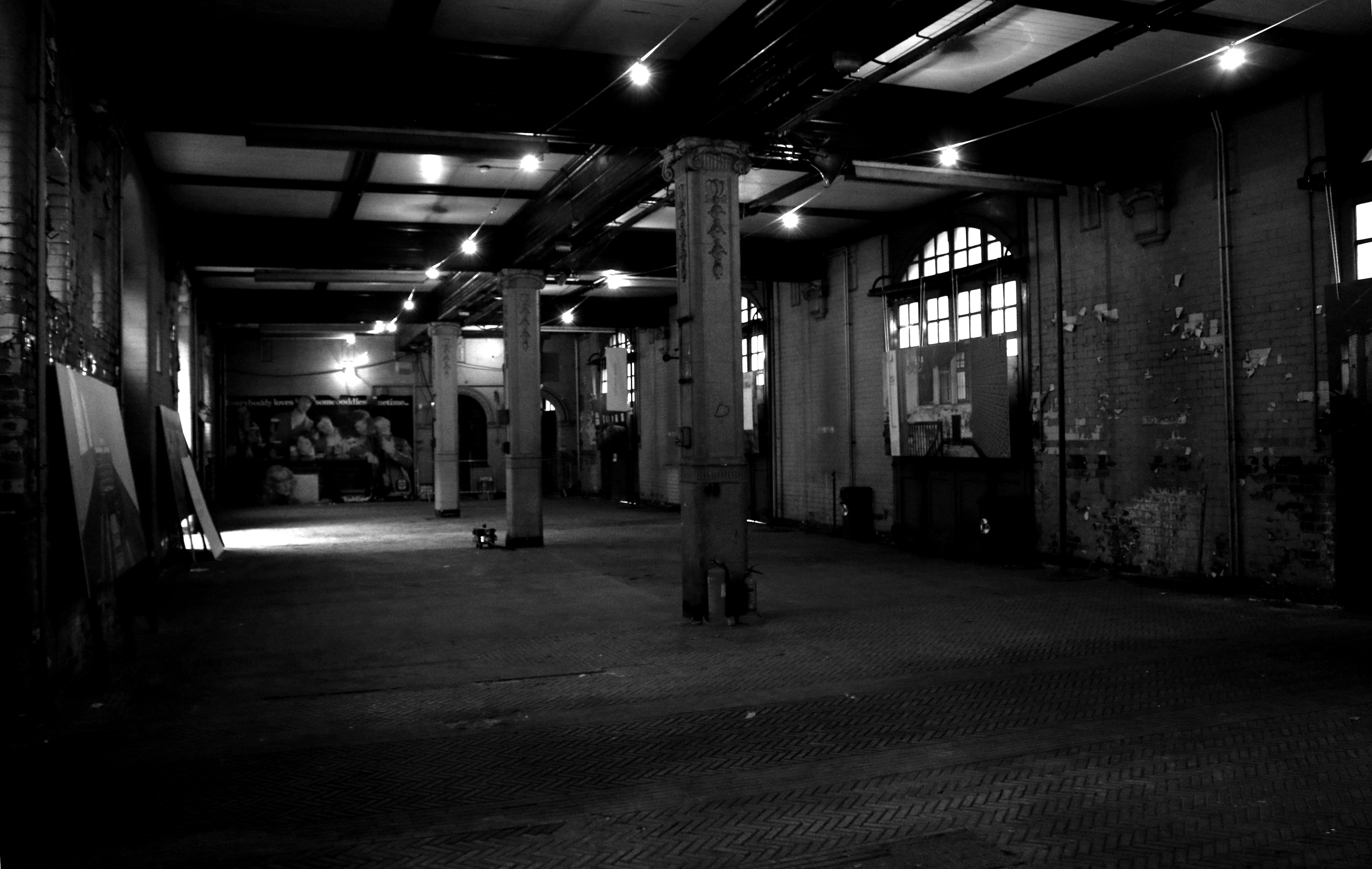 I never paid much heed to London Road Fire Station for a long time, despite walking past it numerous time while leaving Piccadilly Train Station. The fire station was closed before I moved to Manchester, so I had no idea of its history and how it had been left to rot by Britannia Hotels for years.

Since it’s been acquired by Allied London for renewal last year, the opportunity arose to take a tour of the building with Jonathan Schofield during July and August before it’s refurbished and reopened. I booked myself a spot on one of the later tours, gaining admittance on a very wet Wednesday night.

A walk around the buildings exterior revealed the scale of the place, with an ambulance station, bank and coroners court all located within its walls. It’s entering the building that really surprises, revealing an enormous central courtyard, hidden from view on all sides.

Families used to live in the upper levels but unfortunately, exploration of the higher floors wasn’t possible as the rooms had had their insides smashed through during the years of neglect. However, what was explorable on ground level, such as the Engine Room, was fascinating to see. The interiors revealed rooms that had been untouched for years. For example, an old Boddingtons Beer advert adorning a wall in the Engine Room and the Coroners Court still has papers laid out from its last hearings.

Above and below are a selection of my photographs, all post-converted to black and white as I think they better captured the atmosphere of the place. For more pictures, have a look at this set over on flickr.