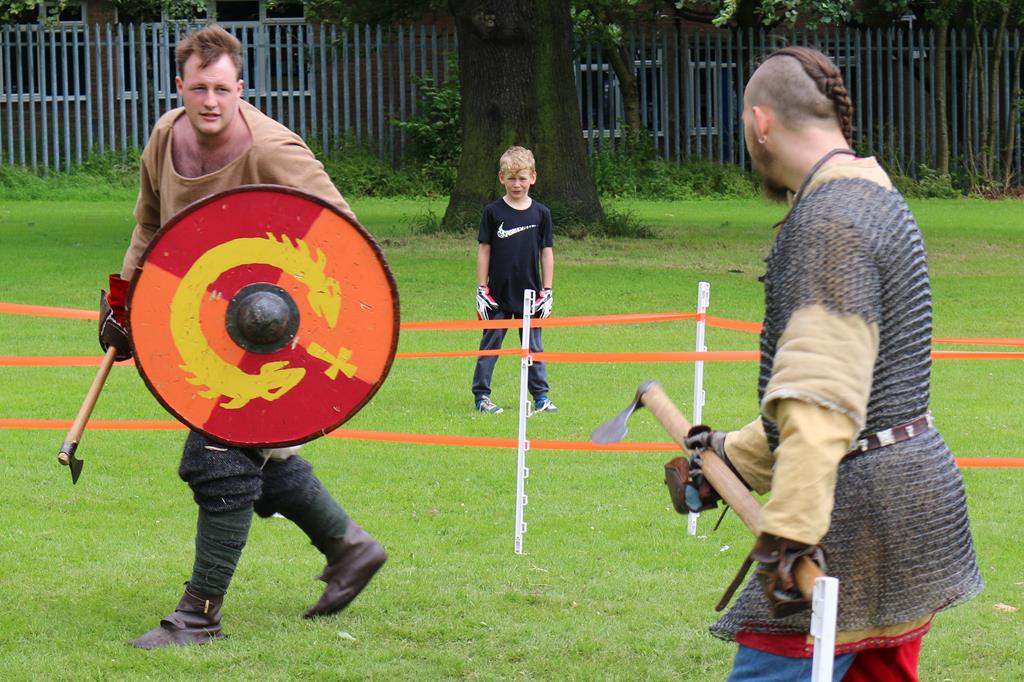 I came across the Vikings of Middle England while on a visit to the Western Park Festival in Leicester. They’d setup an encampment in an area near the main stage, with a fenced off zone set aside for battle.

And battle they did do, with in combinations of two or three swinging swords, jabbing pikes, stabbing knives and swiping axes for the entertainment of a small crowd. Basically, they bashed the crap out of each other – seriously, look at the state of the blue and red striped shield.

The battles lasted around a couple of minutes, with lots of shouted encouragement from the crowd, in particular the youngsters in attendance. When one Viking was felled by another by having his leg tendons sliced, he asked the crowd whether he should finish off his opponent, or torture him some more. The vote was for more torture.

I’m still getting to grips with all new camera functions and how to best use them, so the majority of these shots were taken in sports mode. Looking at the results, I think it would have been interesting to focus more on the crowd instead of the fighters, capturing the faces of the children as they watched events unfold.