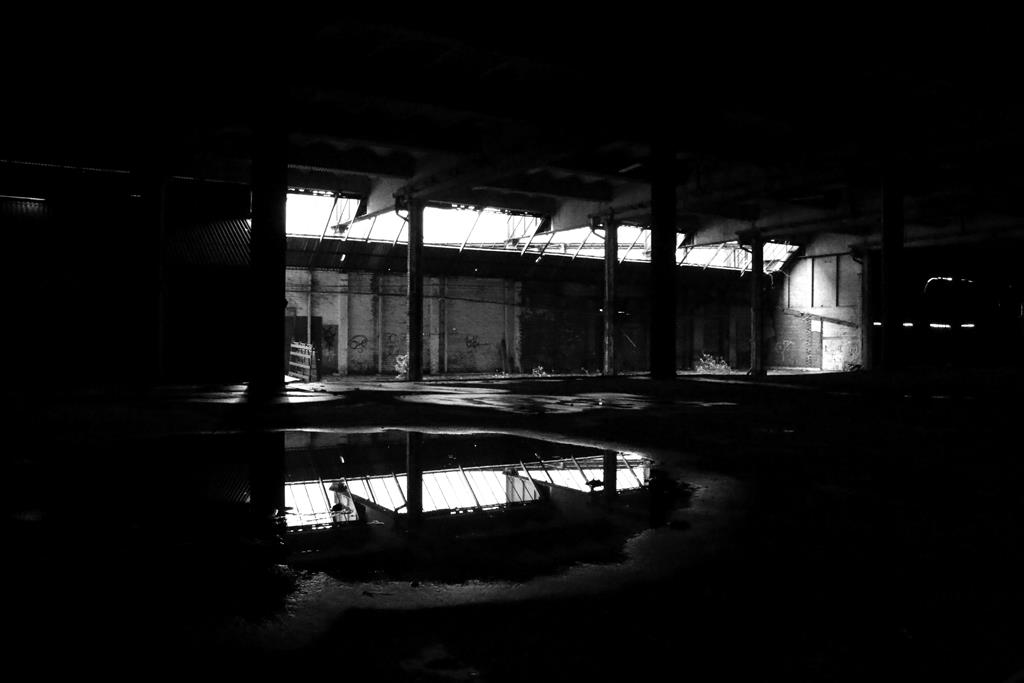 Situated just across the road from Piccadilly Station, Mayfield Station has been abandoned for many years. Opened in 1910, it closed to passengers in 1960, was converted to a postal depot in 1970 before that too came to an end in 1986, and the place was shuttered. But, following years of neglect, it’s now primed for redevelopment. Before that happens though, walking tours are taking place allowing visitors to explore sections of the huge 24 acres site, including the cavernous depot, a huge empty space, it’s vastness only interrupted by its mighty iron columns.

I’d been inside the building once before, when it was used for Massive Attack v Adam Curtis, part of Manchester International Festival 2013. Then, the space was filled with massive screens and sounds, surrounding the audience. Now, it’s eerily quiet.

The photographs above and below were taken during a tour on Sunday, 24th March, with more from my visit viewable on flickr. If you’d like to explore the place yourself, tours are running until the end of May, bookable via Jonathan Schofield’s website. The site will then be transformed over the next 10 years by U+I and the Mayfield Partnership, including a new park area for the city centre.